TROPOMI, our Carbon-Monitoring Eye in the Sky 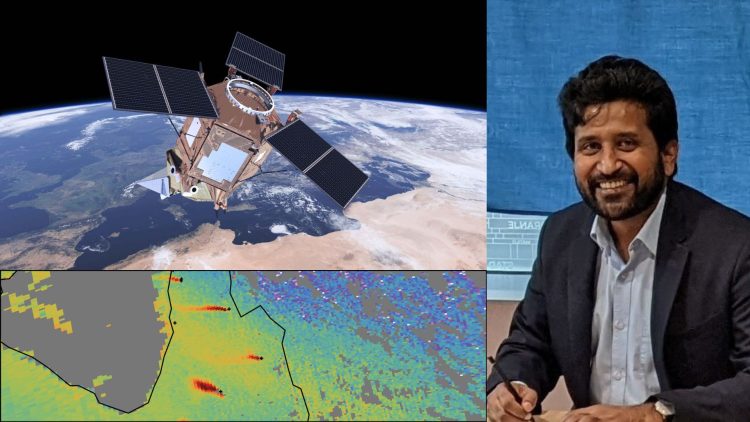 To combat global warming, we need to reduce our greenhouse gas emissions. Carbon dioxide and methane make up 90% of Europe’s greenhouse gases. But how do we know precisely how much we’re producing, and what’s causing these emissions to rise in the first place? Manu Goudar, an atmospheric scientist at SRON Netherlands Institute for Space Research, is working on the answer.

Manu harvests data from the Tropospheric Monitoring Instrument, better known as TROPOMI, on board the European Space Agency’s (ESA) Copernicus Sentinel-5 Precursor (S5P) satellite. SRON and the ESA were joint developers of TROPOMI. In 2017, it was launched into space to monitor the Earth’s lower atmosphere, the troposphere, where pollution from human activities is most visible. Every day TROPOMI maps the entire Earth’s atmosphere and generates huge amounts of data fundamental to our understanding of climate change and air quality. “I identify anomalies in carbon monoxide (CO) data from the satellite,” Manu explains. “Then I try to understand the reason behind the anomaly and compute CO emissions using computer models.”

This is a fragment of an Academic Story with Manu Goudar. Read the complete article on the Academic Positions webpage.