Making a Mark in Outer Space 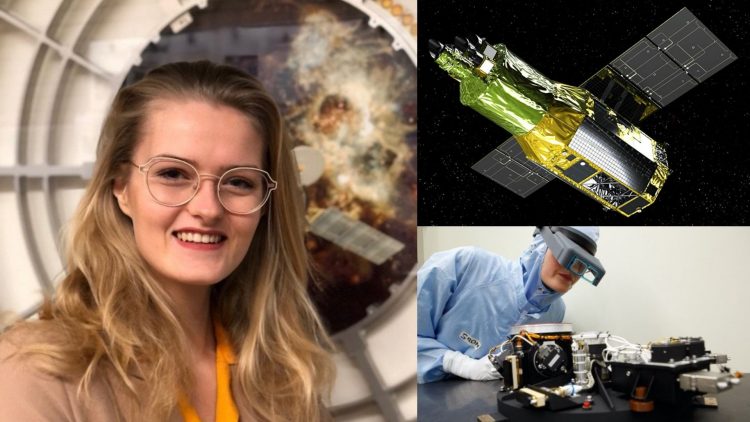 The polymath John Ruskin said, “Quality is never an accident. It is always the result of intelligent effort.” The scientists at the Netherlands Institute for Space Research (SRON) would agree. They know that high quality is vital for excellence and value the support staff who help them achieve this goal.

Nathalie Gorter works in quality assurance in the engineering department and is a member of this dedicated support team. She joined SRON because she was keen to have a job where she was active and not desk-bound for the entire day. She was also really interested in learning how things work, so when she heard that SRON was looking for a quality controller, she jumped at the chance of doing engineering research involving hardware.

Her first year gave her the opportunity to participate in some exciting research. She tested and verified an instrument called a filter wheel for the RESOLVE X-ray instrument on the XRISM space telescope that is scheduled to be launched by the Japanese Space Agency early 2023.

To make sure an instrument will survive the rigours of space flight, the team at SRON first builds a qualification model and then does all of the vigorous hardware testing on it. They simulate a launch and do load and vibration testing as well as shock, acoustic, and vacuum tests. Once it is clear that this prototype will survive the harsh launch and orbit conditions, they use it as a template to build what’s called the flight model. As the flight model is the one that will actually be sent to space, it’s put through its paces in a more gentle way.

Touching things that will be in space in a few years

Nathalie was involved in the flight model testing for the filter wheel and is looking forward to going to Japan in the future to do further testing before the launch. She speaks with awe about her role, “It’s this very tiny part of the hardware, and we get to touch it. There are not many things in the world that only three people touch. There are only three people who ever touch this thing. And the fact that it will be in space in a few years, that’s really cool.” 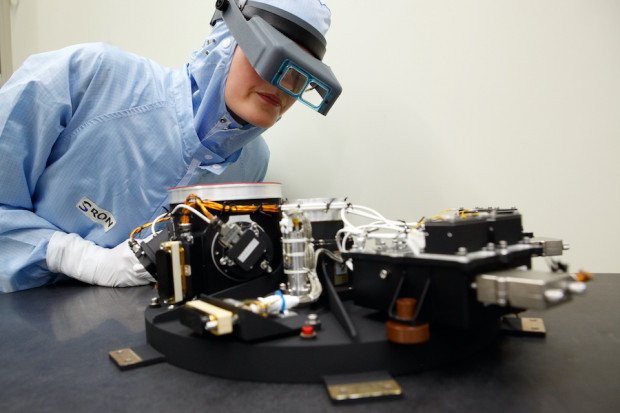 Now that the XRISM project is nearing completion, Nathalie is working on three other projects: eXTP, a Chinese space satellite mission; KIDs, Kinetic Induction Detectors, used in ground telescopes, balloon missions and for future satellite missions; and Athena/X-IFU, a space telescope set to launch in 2031. SRON is playing a major role in Athena, a European Space Agency project. It’s currently building prototypes of the detector unit and working on proof of concept. Nathalie comments that her work is very varied, “it differs from doing destructive testing and looking into electronics and the way they are built, to doing inspections for lens arrays under a microscope. So it’s very different.” The quality assurance team is there for every step of the project providing critical information to the scientists.

Even though few women work at SRON, Nathalie feels supported as a female engineer. Addressing the wider issue of the shortage of women in engineering, she says it would help if they were introduced to science and engineering subjects at an early stage. “That’s the most crucial part, to start in school. That’s where girls try to find what they like and what they’re interested in. If you never talk to a girl about mechanical engineering, she’s never going to study it.”

Before SRON, Nathalie also completed an internship in the automotive industry, where she enjoyed the pressure and strict deadlines. However, she prefers working in a university setting as there is more room for self-development and creativity. She notes that the work at a research institute is not as repetitive as it sometimes is in the automotive industry. At SRON, there’s more of a focus on innovation and always the challenge to build something new and better than before. Every new design is put through rigorous testing to ensure that it is safe and meets the high-quality standards expected. She says, “Everybody just wants to build the best thing we can build. That’s what’s really cool.”

Nathalie’s enthusiasm for working at SRON is clear. “I really love to be around these very talented people. I work with so many people, with scientists, but also with people who construct the instruments…It’s such an inspiring place to work. I like that the most. Next to that, you have a big range of freedom to explore the things you like, the things that interest you and really get you off your feet.”