Working on a satellite instrument of societal relevance 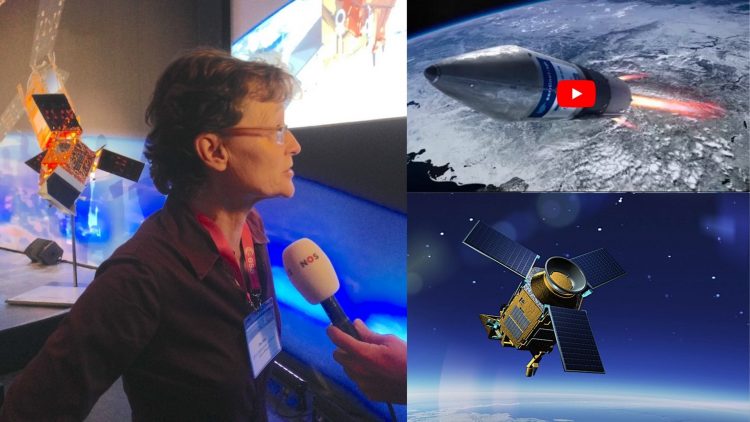 “I remember that day well. It was an enormously exciting day. There was press everywhere, the Minister for Economic Affairs was there and what if the launch would go wrong… That day has brought about quite a bit.”

Senior researcher Ilse Aben of SRON’s research group Earth thinks back on 13 October 2017. The day of the launch of the European satellite Sentinel-5p with the Dutch instrument TROPOMI on board. Under the scientific leadership of her team and that of her KNMI colleague, partners had been working on this for some 15 years.

“Since 2008, we have been working on it full-time with a lot of people. TROPOMI measures greenhouse gases, air pollution and ozone in great detail every day around the world. The data is freely available to everyone within 3 hours. Researchers, policymakers, industry and NGOs all can use the scientific measurements for their own purposes”.

“My motivation used to be that I just wanted to solve a puzzle step by step, in order to gain knowledge and move forward. But the enormous social relevance of the TROPOMI data now really adds an extra dimension to this. It is great to see how the data are used, and by whom. We now deal with all kinds of non-academic parties who want to work with it.

European policymakers, for example, who lay down monitoring with satellite measurements in their strategy. Non-governmental organisations (NGOs), such as Greenpeace, which used air pollution measurements on Johannesburg in a lobby for compliance enforcement at power stations. But also media, showing how you could clearly see the changed transport behaviour in the world during the corona crisis in the measured air pollution in urban areas. And the oil and gas industry, which uses the data to detect and close down methane leaks”.

“The fact that you work with all those parties is extremely motivating. The interaction makes it extra fun. And we attract a lot of students with this work, who want to do their internships or master thesis with the measurements. Although we already have a number of high-profile publications that have received much media attention, these results are only the tip of the iceberg. The entire TROPOMI team can be proud of this”.